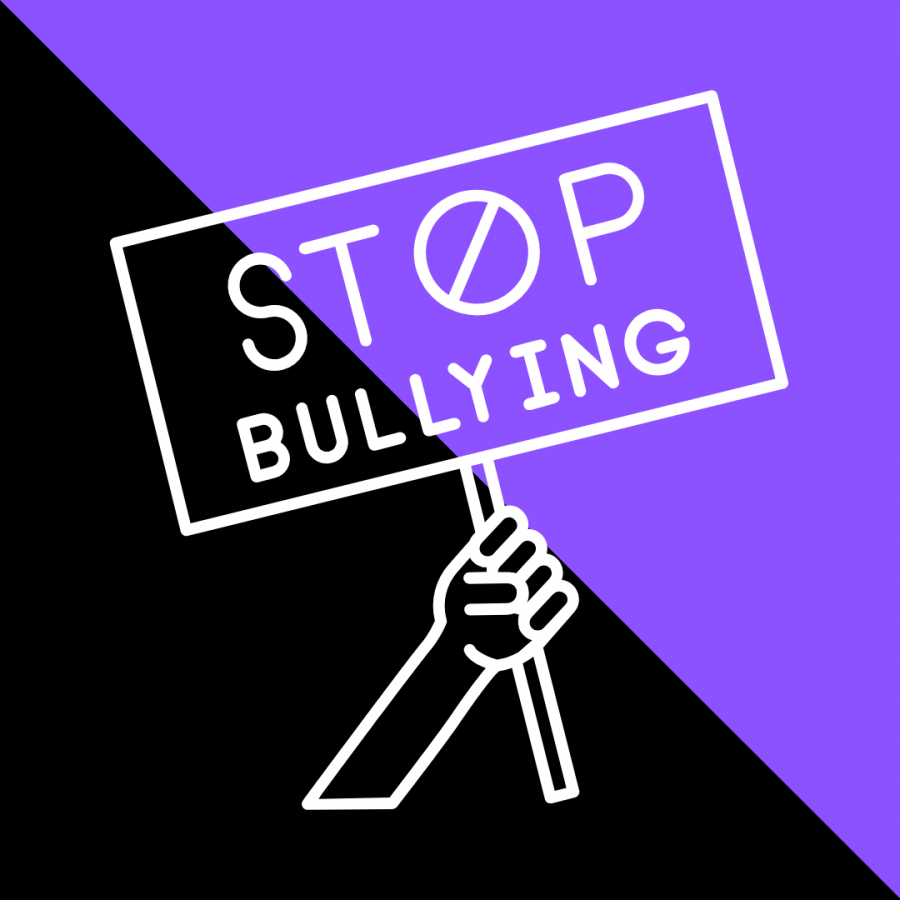 On October 12th, students gathered to demonstrate a unified stance against bullying by wearing purple and black. Often, it can be a struggle for students to stand up for themselves or others since it can be difficult to discern playful teasing from bullying. A friend is someone who has no intention of hurting you and will always be there for you and will account for your thoughts and emotions. What is a bully? A bully is the opposite of a friend and is someone who is mean and picks on others. Usually, this is done to release their anger or sadness out on others, but that is not always the case. Bullying is not just a one-time occurrence; it can become frequent and even daily.

There are three distinct types of bullying. According to StopBullying.gov, the three types of bullying are verbal, physical, and social. “Bullying can occur during or after school hours,” stated stopbullying.gov. Sometimes it can occur on your way to school, at school, or even after school. There are usually three different roles in bullying, there is the bully, the victim or the one who is getting bullied, and the bystander or the person who witnesses the bullying in person or online. Stopbullying.gov further states, “bullying includes actions such as making threats, spreading rumors, attacking someone physically or verbally, and excluding someone from a group on purpose.”

Another type of bullying is Cyberbullying. It is when someone is bullying you online by saying mean things and making fun of you. As stated by burgcomputers.weebly.com, “The content an individual shares online – both their personal content as well as any negative, mean, or hurtful content – creates a kind of permanent public record of their views, activities, and behavior.” This is why it is very important to stay safe online.

“Parents and school personnel can effectively work together to address this serious issue by following the 3 R’s: Recognize, Respond, and Report,” stated the Autism Society. Teachers and Adults can help kids prevent bullying and raise awareness about bullying by talking about it, raising money to help stop bullying campaigns, and building a safe school environment for students.

Bullying is an impactful problem in schools, and it is important to try and stop it.