Somerset’s Volleyball Team Spikes their Way into this Season 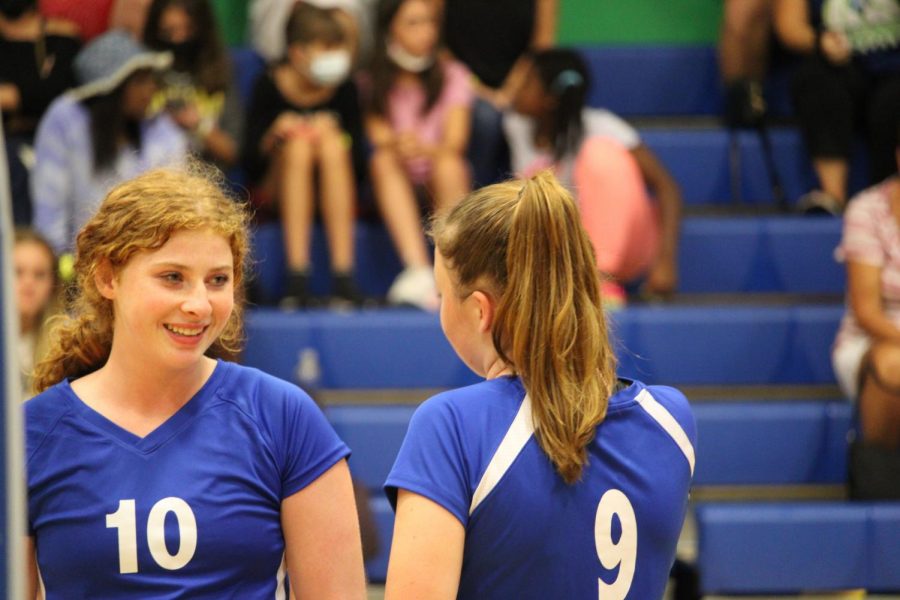 Seniors Rachel Feierstein and Katie Jankun encourage each other on the court in their September 21 game against Olympic Heights.

On September 21st, Somerset’s girls’ volleyball team performed well in their set against Olympic Heights. Through a new bond stronger than ever, the girls were able to bring the game down to the wire. Attendance at this game was one of the largest they had seen. This school year looks promising for the team with their new equipment and the improvements from Coach Kara Mason. Despite their loss, the girls have found a new understanding of one another and will use that knowledge to better their season.

Francesca Fernandez, a player from Somerset’s team stated, “it was our biggest crowd, and everyone had astonishing energy that contributed to the way we played. We as a team fought our best and we are going to come back stronger”.