Locked In: After Hours- A Spooktacular Piece by Cierra Wilson 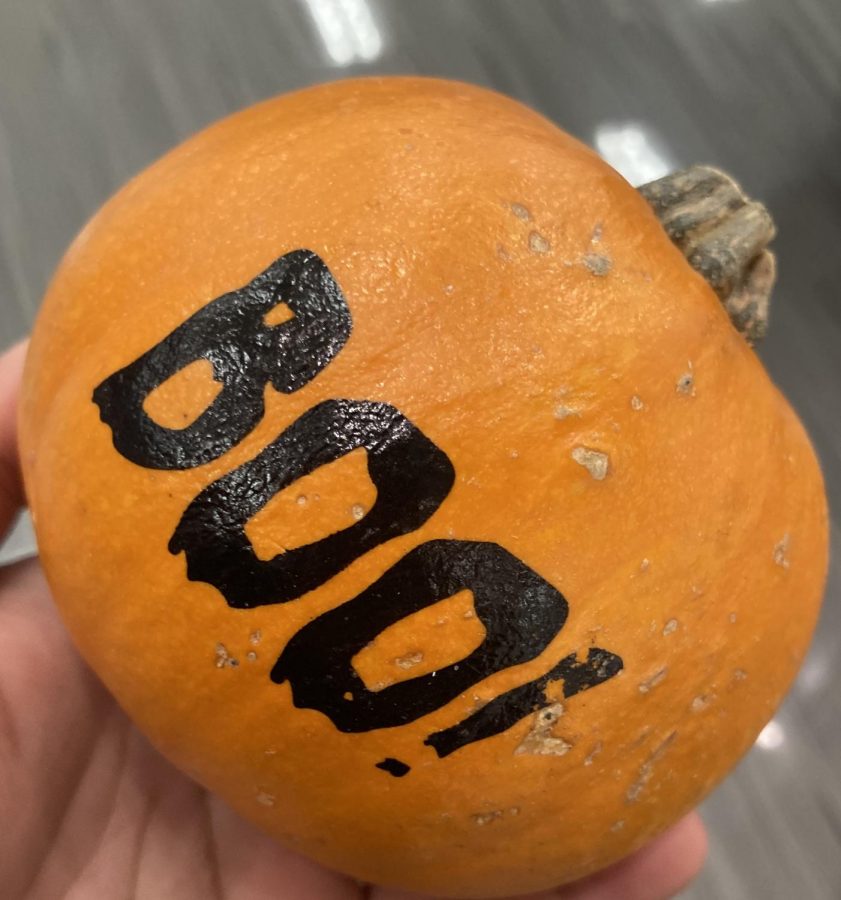 This spooky story will have you shaking in your BOOts!

” It was a dark and gloomy Friday in October. Marie’s family left earlier that morning to go to New York on a business trip, and she was to stay with her grandma for the weekend. Volleyball practice typically ends at 5:45 p.m. As usual, everyone was in a rush to go home. Marie went outside, along with her teammates, to find her ride, but to her surprise. her grandmother’s car was nowhere to be seen. Becoming increasingly worried, she dialed her grandmother four times. Every time, her phone went straight to voicemail. Maybe something had happened to her? Although, it could have been just the wireless reception at the school. Her biggest fear, at this point, was being in the gym by herself and so she waited outside. Earlier that morning, Marie had reminded her grandma that she had practice after school, but perhaps her grandmother had overslept. As a last resort, Marie turned to her teammates to see if anyone of them could give her a ride home, but no one lived near her neighborhood, and so Marie was out of luck. By now it was 6:00 p.m. and the coaches and teammates had already packed up and left. She was all alone, or so she thought…

She debated if she should just call herself an Uber. Through all this worrying, she had just remembered that she had forgotten her knee pads in the locker room. ‘Oh shoot, now I have to go back inside and get them. Don’t worry. Stay clam. You’ll only be there for a second, it won’t take long.’ The lights in the locker room are sensor activated. The moment she stepped inside, the lights cut on and the brisk, cold air ventilators graced the top of her head, welcoming her arrival. The mucky locker room floor stuck to the bottom of her feet. Her hands shook as she decrypted the padlock on her locker. Even though she knew she was alone, her intuition told her that she was being watched. ‘This is not the time to not open up. Please work this time. Don’t fail me now.’ In her favor, the locker door opened a few seconds later and she was able to conceive of her knee pads. She could no longer take that eerie feeling of being in the locker room, so she rushed to the door at full speed. She extended her arms out to open the door, but the door was now locked. ‘Hmmm, that’s weird. It’s never locked  from the outside before. Let’s try the gym door. ‘ She then walked over to the door leading to the gym, which opened for her. ‘Thank God it opened.’ The lights in the gym were not sensor activated and so to get across, she would have to trail her way through. The flashlight on her smartphone clutched in her hand would have to suffice. Moving slowly was her key strategy, as she could only see two feet in front of her and 3 feet to the side. Halfway across the gym, she heard a loud thump near the locker room door. ‘ What was that? Hello, anyone there?’ No answer. Her flashlight’s radius was not large enough for her to see what the noise was. Her best bet was to keep moving but at a faster pace. While walking a few steps forward, she realized that her shallow footsteps were not the only ones that she was hearing. She bolted towards the other side, no longer worrying about what she could run into. Her fight or flight was now activated.

To her luck, the gym door leading into the school hallways was able to open. All the classroom doors were locked. No window around to look out of. No one to speak or talk to, as the school’s reception weekend after hours. her current situation still had not fully registered in her conscious, but it soon would in the hours to come. The hallways she once knew seemed foreign to her now. The Halloween and anti- bullying posters on the wall were no longer welcoming and looked like figments that would pop out at her and later haunt in her dreams. The school’s air conditioning had shut off an hour before. The cold hallway floors were uncomfortable on her rear but helped to regulate her temperature. Her phone battery went down by the hours. No power outlet in sight. Through boredom, she had stress eaten all of the Cheeto snacks in her bag that she had packed the night before. The growling of her stomach was the only sound keeping her sane. As the hours went by, she began to question everything she heard, felt, and thought she saw. To be alone, with your thoughts, is the scariest feeling of them all.

With 30% on her phone battery, Marie checks the time. It is now 8:30 and she notices a missed text message from grandma telling her to meet her in front of the library, instead of the gym. More relieved than she had ever been in her life, Marie quickly gathered her belongings and ran over to the direction of the library. On her way , she feels a presence following her. With scary footsteps behind her, she picks up her speed. She can see her grandmothers’ picture, in the clearing, waiting for her at the door. ‘ Grandma, hold on, I’m almost there!’ When Marie reached the doorknob, it wouldn’t unlock. She was so close to her grandma, but home she was not. A grim voice struck her ear. A voice that turned Marie’s expression of sadness quickly into fear. ‘Young lady, young lady. ‘ A voice was heard but nobody was seen. Could this be a figment of Marie’s imagination or were all of her fears coming to life? The hardened footsteps increased along with a sleeping sound across the floor. Marie grasped onto the doorknob and shook it in in fear. As far as she knew, she was in danger, but only her grandma was near. ‘ Young lady, what seems to be the matter?’, crocked a concerned male voice coming up a few steps behind her. Marie turned around and to her relief, it was just Mr.Max , the janitor. ‘Oh my gracious. You almost scared me to death. I’m so happy you’re here . I was wondering if you could open the door for me. I’ve been trapped in here all this time, if only you had any idea. It’s time for me to go home. My grandma is here.’ Max then explained that he had been looking for her this whole time since he had seen her earlier in the gym. He looked out the window and saw her grandmother waiting in her car and grinned at Marie. ‘I’m sorry if I may have scared you. This whole time I’ve just been trying to help.’ He then unlocked the door for her. ‘It’s all good now’, said Marie. ‘ Thank you so much, I hope you have a nice day’. As soon as the door opened, she rushed out. Freedom rushed through Marie as the feeling of fresh, cool air outside surrounded her. Then, she received the warmest hug from her grandma. As the car drove off, Max stood near. ‘That little girl sure is lucky that her grandmother was near.’