Will Netflix be dethroned as Streaming King? 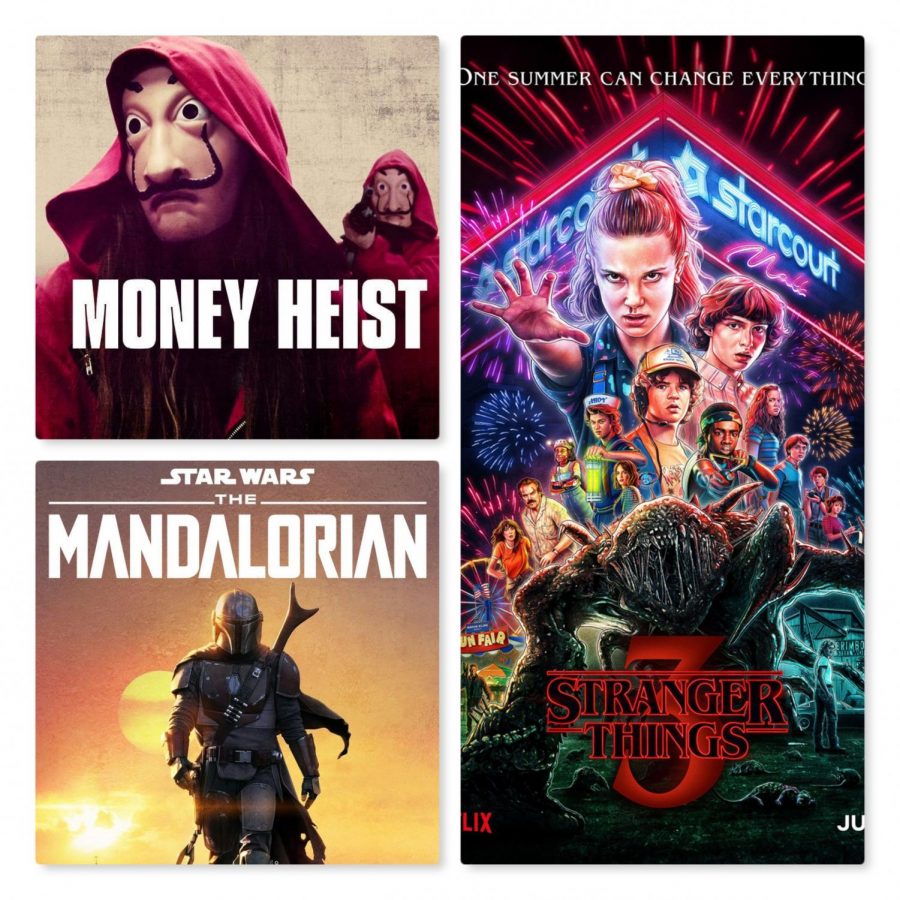 One May study conducted by Parrot Analytics, leading experts on data analysis and research in the entertainment industry, released their list of the ten most in-demand streaming originals in the United States. According to the study, “Audience demand reflects the desire, engagement, and viewership, weighted by importance; so a stream/download is a higher expression of demand than a ‘like’/comment/”. Every streaming platform that is available in the U.S was taken into account in the analysis.

The top two spots on the list are “Star Wars: The Clone Wars” and “The Mandalorian” respectively, both of which are exclusive to Disney+, which launched last November. Following that is Netflix’s “Stranger Things” and “La Casa De Papel (Money Heist).” Netflix is the oldest of the streaming services on this list and it has the most representation, which is something we’ll see later. The streaming service, DC Universe boasts two originals: the live-action show “Titans” in fifth place and the animated adventure, “Harley Quinn,” in sixth place. The seventh and eighth spots are once again occupied by Netflix. “Narcos” ranked in at number seven and “The Witcher” came in at the eighth spot. “Defending Jacob,” Apple TV+’s only original on this list, placed ninth. Lastly, Netflix has yet another spot, but this time with its original, “The Midnight Gospel.” But what exactly does this data tell us?

The first and probably most obvious conclusion that can be drawn is that Disney+ has the two most demanded originals on the list, despite being the newest service. While at first it may appear as though this proves that Disney+ is the most popular service, upon further examination that may not be the case. An important detail to examine is that both of those originals are apart of the same franchise: “Star Wars.” “Star Wars” is one of the most popular franchises in the world, encompassing successful movies, books, comics, and evident by this analysis, television shows. Since these two “Star Wars” shows are the only two Disney+ originals to make the list, it is possible that Disney+ isn’t as desired as the “Star Wars” franchise itself. This is highlighted by the fact that no other Disney+ originals made the list. Instead, this study seems to suggest that the most popular streaming service continues to be one of the original, Netflix.

Despite Netflix debuting its streaming service in 2007, it is apparent that it is still a strong force to be reckoned with. Half of the shows on the list can be streamed exclusively on Netflix, with the juggernaut occupying the third and fourth positions on the list. Arguably, it is more important to hold more overall spots on the list, contrary to just having the two highest like Disney+ does. However, going from arguably the most successful service to the least successful one, Apple TV+ only has a single representative on this list, “Defending Jacob.” The service launched November 1, 2019, which may appear to suggest its low ranking is due to its being a young platform. However, this explanation couldn’t work as Disney+ launched after Apple TV+ but they still have the most desired shows.

The most bizarre placing on this list is the “Titans” and “Harley Quinn” hailing from DC Universe. Listed ahead of Warner Media’s launch of HBO Max in May of 2020, there has been a myriad of rumors that DC Universe will fold into HBO Max. This comes as a surprise since most of DC Universe’s originals are available elsewhere; “Titans” and “Young Justice” have been released as DVDs, “Swamp Thing” and “Stargirl” are being aired on the CW, “Harley Quinn” is being aired on SyFy, and “Doom Patrol,” the platform’s most critically-acclaimed original, is being marketed as one of HBO Max’s premiere originals. Therefore, it begs the question that if DC Universe is truly as successful as this study shows, will Warner Media end up pulling the plug on it?

It is still unclear what the results of the streaming war will be. While this data can give us a prediction of the streaming industry, it is only that: a prediction. While the only originals Disney+ has on the list are from “Star Wars,” many of their originals have yet to release, such as “Monsters at Work” and “The Falcon and the Winter Soldier.” Similarly, Netflix could lose support as a platform like Apple Tv+ gains a following. Only time will tell which service will be victorious.