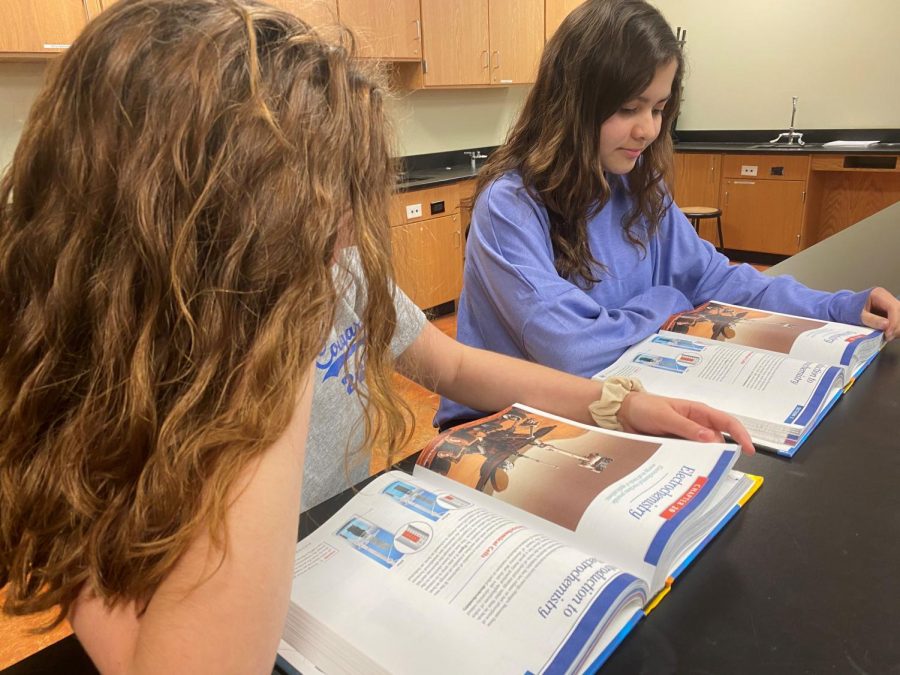 Mayra Rodriguez has her sights set on more than just her Chemistry book.

In society today, there is a huge gender gap with women in Science, Technology, Engineering, and Mathematics, also known as STEM. In areas dealing with medicine, there are many women, but in other subjects such as physics and engineering, there appears to be a lack of women. There are less women in STEM because females tend to lose interest in it when in middle and high school, there are gender stereotypes, unequal pay between men and women, and a lack of female role models in STEM.

In school, there is often unfair treatment between boys and girls. Many teachers often praise the boys a lot more than the girls. This can influence girls to feel like boys are better in subjects such as math, and feel discouraged, which can cause them to lose interest altogether. Girls may start to blame their troubles in such subjects on their gender. Girls seem to have a lack of encouragement towards them to take part in a STEM career. In 2017, Microsoft showed that only 6.7% of women graduated college with a STEM degree. This shows the under representation of women in STEM.

Many women are shy to enter a career in STEM because of gender stereotypes. In society, it appears that boys tend to be pushed to take risks, while girls are not as much. Girls may feel less encouraged to try more challenging classes in STEM than men, and not want to pursue careers dealing with them. In addition, women may be over-emphasized to join STEM careers, which can contribute to the stereotypes that careers of that sort are more masculine. Women should be encouraged that STEM careers are for both men and women. Many stereotypes become implanted in people’s minds in school starting when they are very young. Males and females should be encouraged early on to participate in STEM careers.

In addition, another reason why there are less women in STEM careers is because of unequal pay for women compared to men. In 2017 in the United States, women in computer, engineering, and science occupations were paid about 80.3% of men’s annual median earnings. They were not paid the same amount of money as males, even when working the same jobs. In 2019, the median salary for men in general is 21% higher than the median salary for women. This serves as evidence of the unjust treatment towards women, in being underpaid.

There are little role models for females to look up to in STEM when in school, as there appears to be more male role models. People such as Albert Einstein, a theoretical physicist, and Isaac Newton, a mathematician, are well known male role models. In many schools, Marie Curie, is the only female scientist that people know of. There is a need for female role models who participated in STEM careers, so that females in schools can feel more inspired to pursue STEM careers and envision themselves in those roles. Even when looking up well known scientists or mathematicians on the internet, males are the first and, in some cases, only to pop up. This showcases the lack of representation of females in STEM, as role models.

In a final analysis, it appears that there is a large shortage of women in STEM for many reasons. Gender stereotypes should be discarded, and both men and women should be equally encouraged into STEM careers, as they are not oriented towards a certain gender. Teachers can make more of an effort to treat their students equally and encourage all. They can make class more engaging and relatable, by giving 3D and hands-on projects. Schools can educate students more on women role models in STEM and celebrate them with their accomplishments and success more.  Hopefully as time goes on, women will be further represented in STEM, especially in areas lacking, such as physics and high-tech jobs.